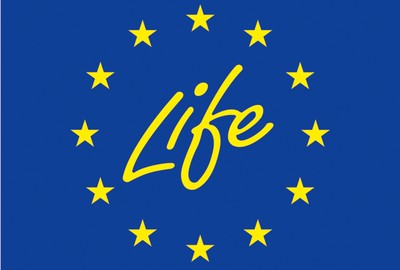 The European Union provides funding for environmental and nature conservation projects through its LIFE Programme. The Programme was set up in 1992 to fund projects in the EU – and in some candidate and neighbouring countries.

The fourth phase of the programme, known as LIFE+, covers 2007-2013, and has a budget of €2 143 million. At least 50 % of this must be spent on nature and biodiversity projects. The remaining money is spent on environmental policy projects and environmental awareness-raising.

The Nature and Biodiversity projects aim to improve the conservation of endangered species and habitats. The goal is to help implement the Birds and Habitats Directives and the Natura 2000 network of protected areas. The projects are pilot schemes that work towards the EU’s goal of halting the loss of biodiversity.

By the end of 2012, LIFE  had co-funded over one thousand nature and biodiversity projects, directly providing more than €1.5 billion since 1992, and mobilising some €2.7 billion.

Brown bears, monk seal and wolves are among the species that have benefited the most from LIFE projects. More than 400 – over a third – of the threatened species listed in the Birds and Habitats Directives have been the focus of at least one LIFE project.